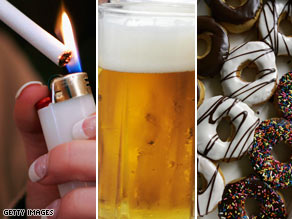 Two months ago I was mired in my over-everything: over drinking, smoking, eating, whining, crying, fighting, and despair-ness.

I decided, because I was, oh, throwing up when I brushed my teeth (sometimes with hints of blood) most nights… that I HAD to quit drinking asap. My brand new beautiful marriage was at stake. OK, honesty moment: my life was at stake.

I scoured the Internet as we all do, and came across so many wonderful blogs and podcasts to help me get started. I listened to The Bubble Hour podcast, and joined the Booze Free Brigade private group on Yahoo! (after experimenting with a handful of pretty annoying AA meetings in West Seattle). The people on the board seemed really nice, with the right touch of tough love.

After two years of trying to moderate, and one month of lurking on the BFB group, I wrote this LONG email to them:

“I’ve been reading your amazing posts for about a month now and decided today would be the day that I share my story to help me get to the next level. I’ve been sober for five days. I’ve been sober before (14 days was the longest). I love the freedom of waking up without shame, fear, headaches and dehydration, so I keep coming back to sobriety with genuine optimism. But then something ‘hard’ happens – the lure of going nuts with co-workers when I’m traveling for work, or the lure of complacency (I can have two glasses of wine and stop and that’s the normal way to live and I want to be normal and my husband just wants me to moderate and… and…) Not exactly life tragedies, I know, but enough to get me back to sipping my bottle or two of wine, by myself usually.

I can’t remember a time in my life, even early childhood, when I didn’t feel anxiety and didn’t work to numb those feelings. I was a chubby baby, chubby toddler, and chubby middle-schooler… you get the idea. I felt so much pressure to lose weight from my earliest memories (I grew up on the Upper East side of Manhattan where everyone was rich and thin and preppy and… not like ME).  At 6 years old I would wake up at 4am to eat an entire box of fruit loops (I thought it would be my secret… like my family wouldn’t notice the missing box). I was binging well before I knew what it meant. It was my escape from judgment, just for that time. I could compulsively eat and eat and eat until I felt transported out of myself. Then I’d be summarily punished by the fullness and pain of being over-stuffed, and the mental berating. Sigh.

Binging and being overweight led to dieting compulsively. Then to binging again. In high school I started smoking, mostly to try to control my weight. Then in college I learned about booze. I would skip meals and drink and even lost some weight that way. I have lost and gained 35lbs at least 20 times in my adult life, not including the diets my mother and I went on when I was very little. Weight watchers, fat camp, Tab, scales…

In my late twenties I decided once and for all to lose the weight before I turned thirty. I was afraid I’d lose my chance at love, marriage and babies if I didn’t. I lost 35lbs on Atkins (my own version of it… cheese, salami and bottles of grand cru reds with a great friend who LOVED good wine). I was hungover all the time, but boy was I losing weight fast! And, I felt satisfied by my version of the diet – lots of fats that kept me full. I still believe in the proper version of Atkins (more veggies and fruits!), but back then I was just damn determined to use the most extreme methods to get into ketosis and drop the weight. I felt sick every day, but I looked better. Booze started to replace food for me around that time.

Instead of getting married and having babies in my thirties I partied with my single girlfriends (had to keep refreshing the crew as a handful of them got married and had babies). At age 36 I was diagnosed with endometrial cancer (very rare for that age), had a hysterectomy, was ‘cured’, but fell into a pretty deep depression over losing my ability to give birth to my own kids. I was so relieved to be alive, but also in denial about how close I came to death. I started smoking cigarettes like it was my job, dating tons of men who were inappropriate (almost married one of them, but called it off one month before because he was an alcoholic– irony) and I was drinking like a fish. My weight went up and down by 20lbs every 6 months in that period, but mostly due to habit, not intentional dieting. I had pretty much given up hope. I was damaged goods (can’t have kids), almost 40, still overweight, and living like an impulsive ‘rebellious’ child – I want a cigarette, I want another glass of wine, I want Thai takeout, I want to buy more clothes on my credit card, I want I want I want. And I gave in to myself because hell, there’s nothing really to live for or reason to ‘improve’ myself. No one will want me anyway. Why not hide away and self destruct?

It was around this time that I met my now husband, and despite the odds against it, he loved and loves me. We rushed into marriage (I pushed us to rush into marriage). When we started out our life together, properly living together, things were rocky. I very quickly started escaping from our (probably normal) issues by sitting on our front porch smoking cigarettes, browsing facebook and drinking bottle after bottle of wine. Most nights I’d just pass out after, but some nights I would pick fights that would end horribly. Sometimes I didn’t remember what the fight was about or what I said or what he said. He would look so disappointed, sad, confused or angry – depending on how he felt that morning – when he realized I couldn’t remember. I had put him through so much anguish and it was all gone from my mind.

That’s when I started my attempts to moderate my drinking. Which brings me here. A couple of years into ‘moderating’ and I’m pretty certain it’s just too hard for me to do. That what I need to do is properly figure out who that little cereal binging kid was in the first place who turned to food to escape. Why didn’t she feel lovable, even then? Why can’t I love her now? What is my marriage if I’m not even fully in it? The real me. Unvarnished.

I’ve been listening to Pema Chodron and working on “staying” instead of escaping or, as she says, ‘scratching the itch’. Not just with booze, but with food (thank you Geneen Roth) and, my biggest dream and fear, finally quitting smoking for good. I need to stop bolting whenever I’m uncomfortable. I sincerely wish I knew why I have such deep seated fears of discomfort, but I guess it doesn’t matter. I have to face it and live in the present.

Two nights ago I woke up in the morning and reached for my usual giant glass of water that I bring to bed with me. It wasn’t there. I had forgotten it, and had actually slept through the night without a harrowing 4am water-gulping session due to dehydration (my drinking routine). I was so proud of myself that my body didn’t need that water in the middle of the night anymore, and that I was so comfortable falling asleep without it.”

So there it is. My descent into alcoholism was my way of hiding my shameful lifelong obsession with food. And it nearly killed me. I need to un-pack this shit and get past it once and for all.

View all posts by Ingrid 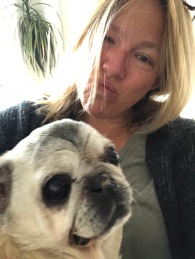